“Ivan Repušić has recorded this work with the Munich Radio Orchestra and Bavarian Radio Choir for the BR-Klassik series. Already with the Overture he is capable of convincing us that he is skilled at the brio of Verdi’s early operas and that he knows how to elicit it from his orchestra. The contrasts between the pastoral idyll and dramatic moments are finely worked out (…).ˮ

“The instrumental part is addressed by Ivan Repušić with sensitivity and intelligence. The young Croatian conductor confirms himself to be a character to follow among the emerging figures on the European scene. His reading rightly avoids projecting the work beyond its time and rather looks back towards that bel canto tradition that in Verdi’s opera – especially for the titles preceding the ‘popular trilogy’ – is the humus of natural culture. So here is a direction with light and bright colours, with brilliant rhythms of an almost Donizettian flavour – one can feel the touch of the almost Rossinian overture in the conduct – which contributes to highlighting the stylistic unity of a work that is apparently inconsistent in its transitional nature between attachments to the past in the most virtuosic moments and sudden openings towards the future. Repušić somehow manages to make the circle square by merging into a unitary vision various components whose differences are more apparent than substantial.”

“One can hear how much the Italian repertoire is near and dear to the Munich Radio Orchestra: ever since the days of Marcello Viotti it has been affecting fortunately not only aria evenings, but also concert performances of full-length operas. Ivan Repušić feeds on it and displays, in addition, his own interpretational style: with him precision goes hand in hand with playful uncomplicatedness. And when it has to become dramatic, the Croat does not shy away from concentrated escalation. The effect never appears artificial, but always well-earthed – developed out of the emotional conflicts of characters on the stage. One can already look forward to the next building block of the multi-part Verdi project.” 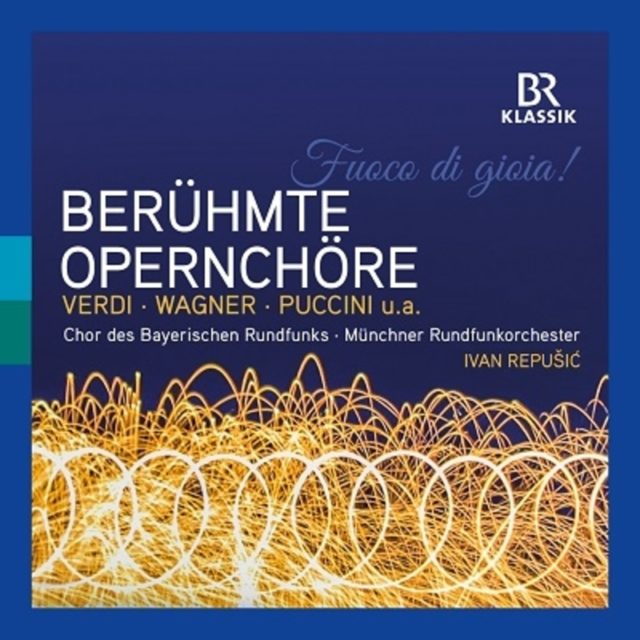 Giuseppe Verdi: I due foscari